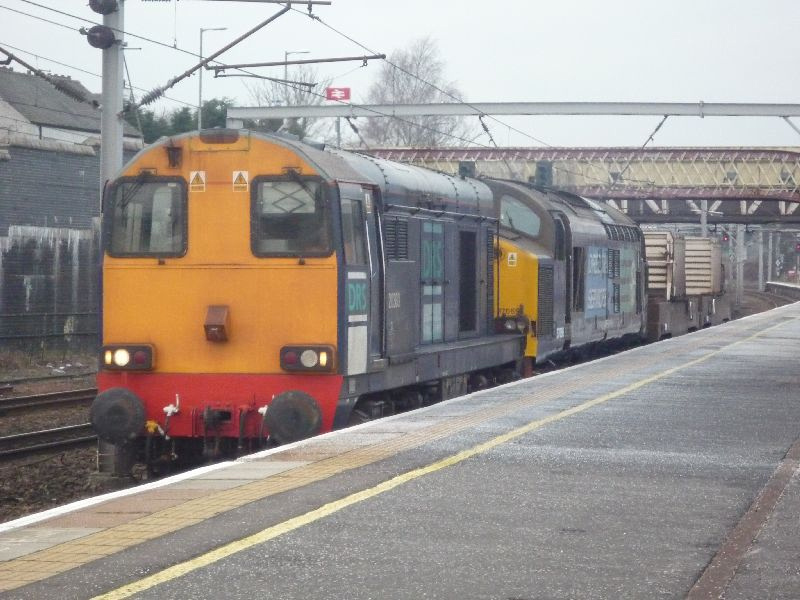 228 Class 20's were built by English Electric between 1957 and 1968, these locomotives worked a number of duties through out the country and were a common sight on the main line until the early 1990's when the introduction of the Class 60's saw a mass withdrawal of many of this class.

Today, Class 20's can still be seen on the mainline in Scotland, although their use is rare.    DRS employ Class 20/3's on the nuclear flask turns to Hunterston and Torness although class 37's are now more common on this working.    There are some 20/0's in preservation and some 20/9's in use for Harry Needle Rail.    GBRF had hired 4 class 20's from DRS to haul new Underground stock from Bombadier in Derby to London but that contract has finised and the 4 locos have returned to GBRF