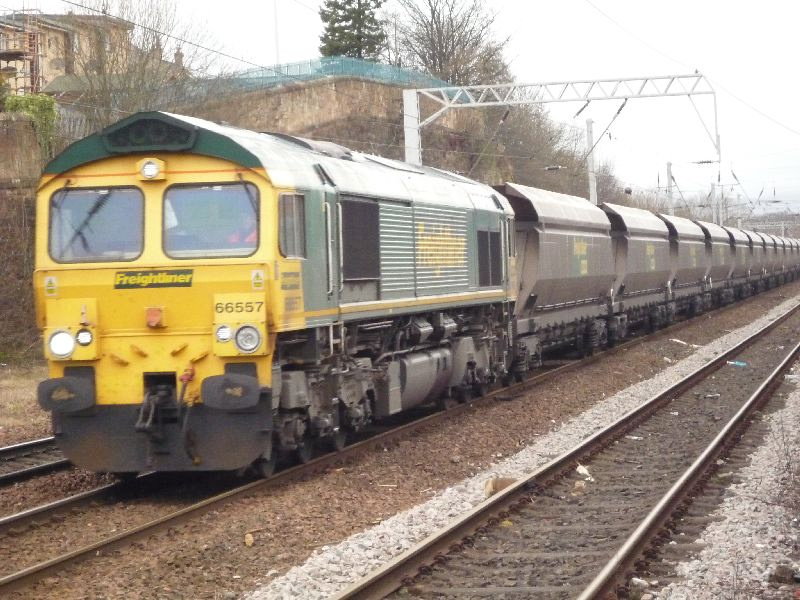 Coatbridge Central is a good location for photographing Freight trains as the station is located around 3 miles north of Mossend Railfreight Terminal, whilst Coatbridge / Freightliner intermodal terminal is around 1/4 mile north of the station. As the name suggests, Coatbridge Central is in the Centre of Coatbridge next to the Town Centre and a 5 minute walk from Summerlee Heritage Centre, which features Scotland's only working tramway. The station can be easily reached by train from Glasgow Central Low Level via the Hamilton Circle or Cumbernauld via the hourly service operated usually by Class 318 or 320s.

This at one time, 4 platformed station complete with platform buildings and an on street booking hall, was an important stop on the journey north, but now it has the air of neglect around it with only 2 platforms remaining and the southbound (Motherwell bound) platform is now only accessible by using an underpass.   There are basic bus shelters on each platform.   As well as the 2 lines passing through the station, there is an unelectrified goods loop which runs behind the south bound platform.   There is another goods loop further to the north of the station which provides access to the freightliner depot.   There is CCTV all over the station.   The station its self seems resonably safe during the day but I wouldn’t advise going there at night. 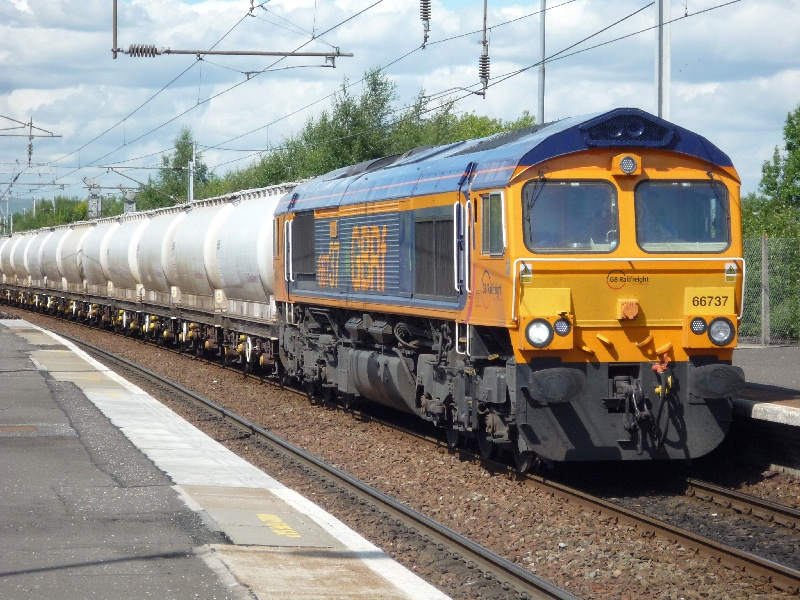 In the morning, photographs are best taken from the Motherwell (south) bound platform, whilst afternoon shots are best taken from the Cumbernauld (north) bound platform.    I find the best place on the platforms to photograph is at the northern end at the fence blocking the end of the platform.      If you do not feel comfortable in the station or if you are looking for an alternative location, a spot which produces excellent photos depending on the position of the sun is the Car Park opposite Summerlee Museum.   There is a low sandstone wall which is easy to see over and some times has some handily placed blocks to on the ground to give you a better vantage point. 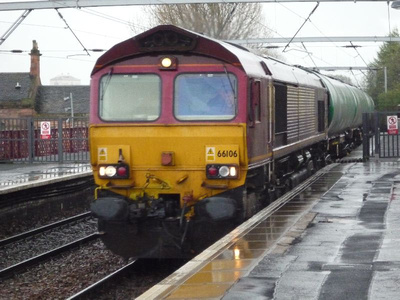 What will I see?

Until 2000, Class 101's were used on the Cumbernauld - Motherwell service, including celebrity 101692 in experimental Strathclyde Blue Livery, Class 314's (until 1999) and Class 303's (until 2002) dominated the services from Dalmuir / Milngavie - Coatbridge via Hamilton services until this working became peak time only.

Today, Passenger Services are operated by

Coatbridge Central sees all freight heading to and from the North of Scotland and the West Highland line, heading to / from Mossend.  However there doesnt seem to be the same level of traffic that Holytown gets.    There is still a variety of different workings that pass through here though.   Regular haulage includes