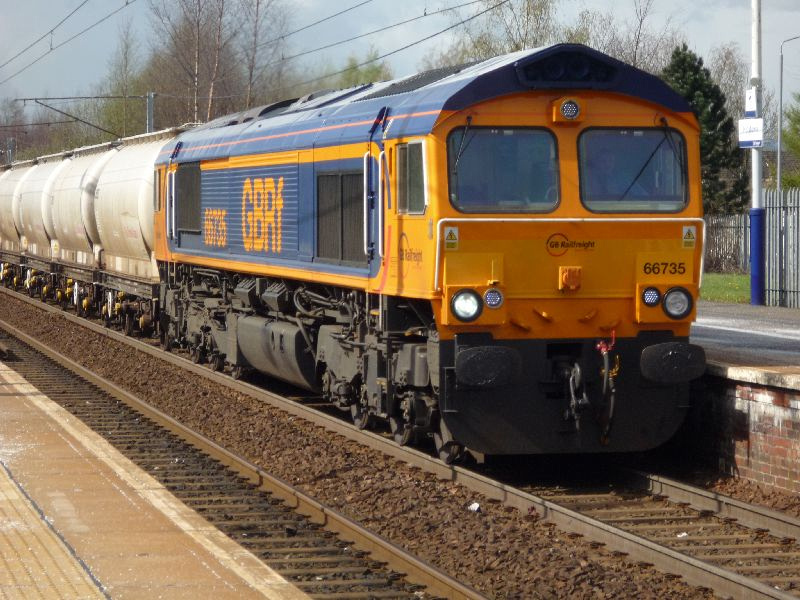 In 1998 the first Class 66 touched down in Britain as part of a 250 loco order for EWS.   The arrival of these new locos meant the withdrawal of a number of older classes ie the class 31's, 33's, 47's, 56's and 58's whilst class 37's were reduced in numbers and eventually withdrawn and class 60's reduced as well.   Freightliner soon followed suit, whilst DRS and GB Railfreight also bought some.   66's are still going strong with the freight scene in the UK being almost compeltely dominated by this class of loco.   However there has been a reduction in the numbers availiable as DBS (new name for EWS), Freightliner and DRS reducing their numbers (DBS and Freightliner have experted a number of 66's abroad).   Despite being reliable, a number of enthusiasts hate them as they replaced some of the more popular classes of loco, most are painted in the same livery, and once you have seen one, you have seen them all.

there are 8 different subclasses of Class 66, however there are only 3 different variations.   Subclasses 66/0, 3, 4, 5, 7 and 8 are all the same whilst 66/6's have reduced gearing with a lower top speed of 65mph for heavier coal, aggregate and oil trains, whilst Class 66/9's are a low emissions variant of the class.

there is so many of them, I'll summerise which companies they work for 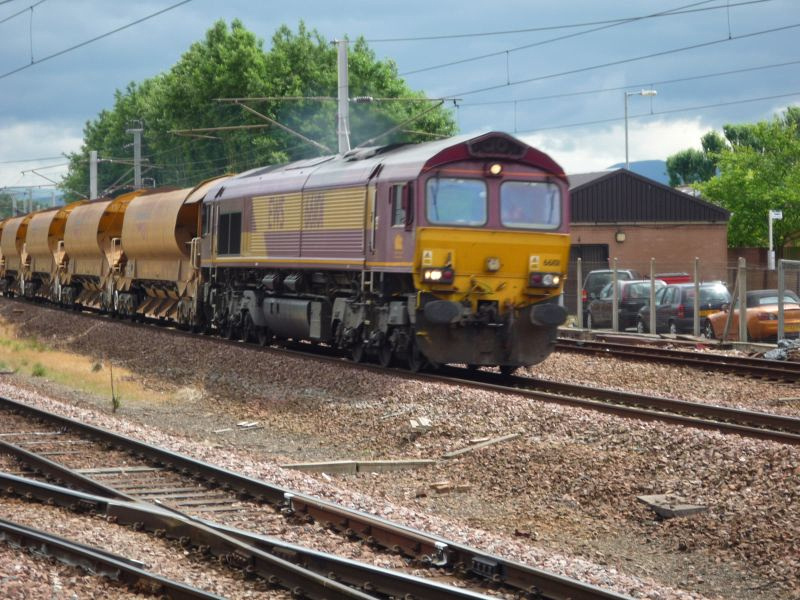