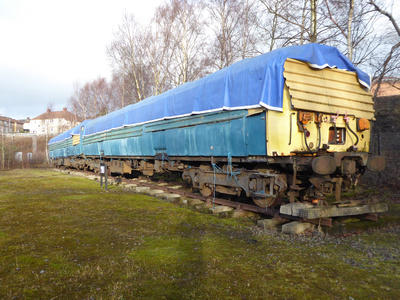 Summerlee Heritage Park in Coatbridge has Scotland's only working heritage tramline.   The tramline is about 1/2 mile long and single tracked throughout.   There have 4 trams:

The short line heads from the main entrance round to a replica coal mine and miners row.    Also at the end of the line is former Blue Train 311103, which the motor coach and one of the driving trailers from the set is on display.