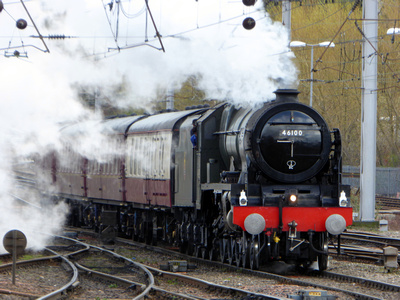 West Coast Liveried 47760 stabled in the sidings next to Platform 1 at Carlisle. It would later reverse northwards out of the station then pull forward into Platform 3.