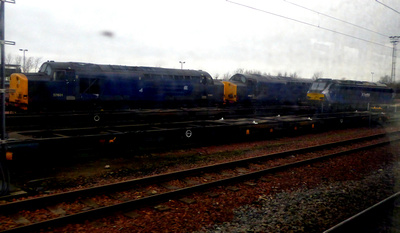 Following their recent sale by DRS, 37601, 607 and 612 were moved to Motherwell TMD for debranding.   The following photos show the locos stabled in the yard at the TMD.