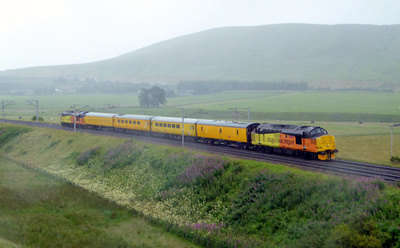 I headed out this afternoon to catch the Colas test train.   My intention was to catch it at Carstairs South Junction.

I headed there but as I approached, I saw 66731 heading round the curve at Carstairs East Junction.

The heavens opened shortly afterwards so I decided to head further south to Crawford to catch the Colas test train, which I did, closely followed by a 68/66 combo.