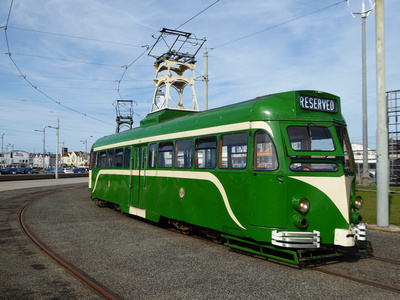 Blackpool Heritage Trams Trust have announced that as part of the 132nd anniversary weekend celebrations, that a bonus event will happen on Friday 22nd September.   During the afternoon, a special timetable of 'Cleveleys Flyers', running from Pleasure Beach - Cleveleys, using 4 Brush Cars.

The event should see the following trams in service:

Over the remainder of the weekend, all servicable heritage trams will run at some point, there are also depot tours and a display of stored trams outside the depot and on the depot fan.