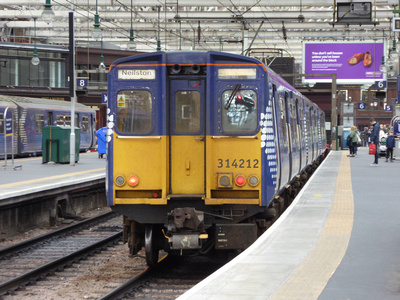 On 9th January, 314212 was moved to Glasgow Works to be stripped for spare parts and then scrapped.

314212, which has been in store at Yoker since withdrawal on 21st September, was the only 314 not reinstated to service when the 385's were temporarily withdrawn in October 2018. 314212 made it's final journey from Yoker to Glasgow works on 9th January when it travelled under its own power as far as Eastfield, where 37884 hauled it the final mile to Glasgow works.