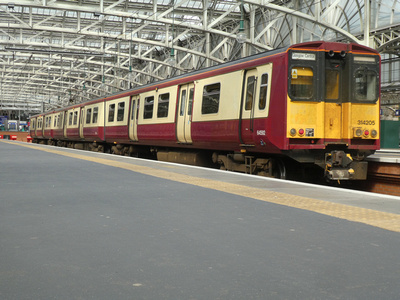 Only 3 diagrams are operated by 314's on a Saturday, 2 on Paisley Canal services and one entering service at 15.20 and working the xx.20 workings to Newton via Queens Park for the remainder of the day.

I had a run out to Paisley Canal and back on 314210 in the morning and noted the following:

The photo shows 314205, waiting under the stunning glazed roof of Glasgow Central before departing with 2D37 15.12 service to Paisley Canal.