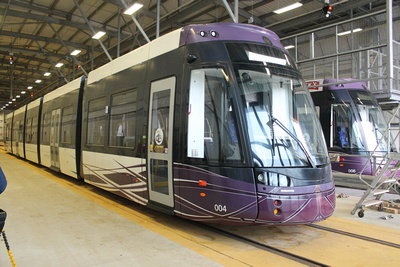 The first of 2 additional Flexity trams ordered by Blackpool Transport has arrived in Blackpool.  Flexity 017 arrived at Starr Gate on the back of a low loader on Friday 1st December with 018 due to follow early in the new year.   Both trams have been ordered in connection with the building of the new 630 metre long extension of the tramway from North Pier to North Station of which construction began during November.   The new extension is due to open at Easter 2019.