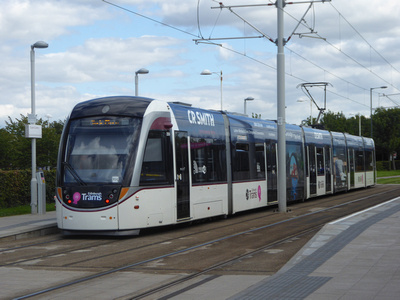 Following on from the Edinburgh Festival advert tram a further 2 trams have appeared in advert liveries, both being launched today.   Edinburgh Tram and CR Smith have signed a 2 year deal for CR Smith to advertise on an incredible 18 out of the 27 strong fleet!

On 9th August, the first 2 adverts were unveiled featuring stunning artwork pairing iconic Scottish locations or images that reflects not only the geographical spread of CR Smith’s customer base, but also celebrates Scotland’s soul and personality.

The first designs revealed include:

It should be an interesting time for the Edinburgh Tramway with as many new advert liveries appearing in the next few weeks, talk of a 3 minute service during morning and afternoon peaks and with thoughts also turning to extending the tramway to Newhaven. 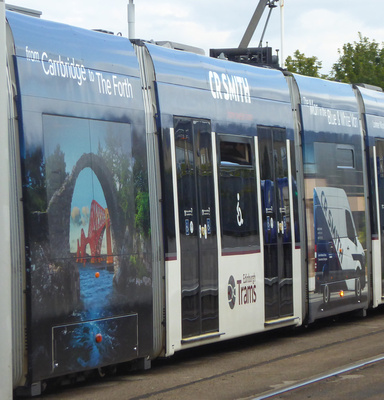 259 at Gyle CentreSome of the detail on the new advert livery for CR Smith on tram 259, on the left hand panel, Carrbridge and the Forth Bridge features and the right hand panel features the CR Smith van. 9.8.17

251 in Tramspotting livery at Gogar Depot 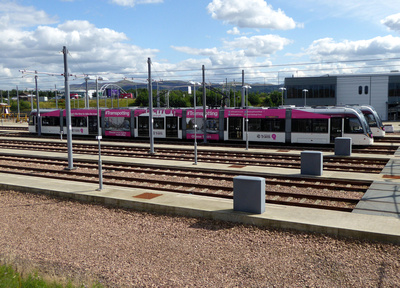 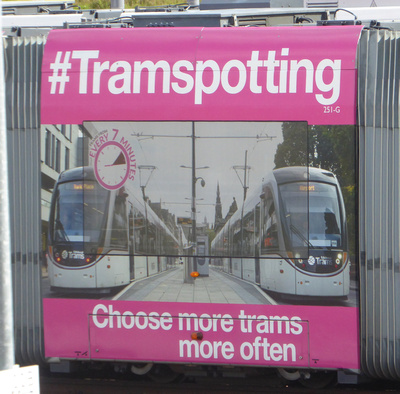