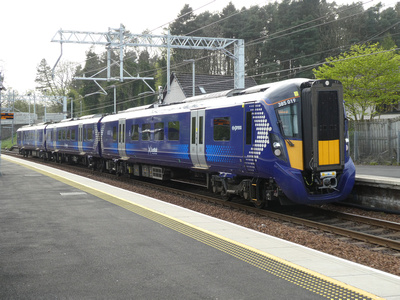 On 23rd April, the class 385's made their debut on the Glasgow Central - Edinburgh Waverley via Shotts Service. Initially only one of the diagrams is currently being operated by the 385, with 019 the chosen unit for the first day in service.  Class 156's and 158's remain on the other diagrams for the time being.

It's expected that only the class 385/0's (3 car variation) will operate on this route.

The class 385 is expected to work the following services for the remainder of the week: