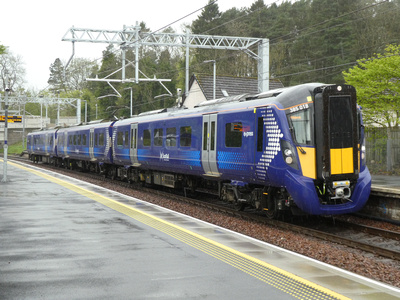 With class 385's now starting to be used on the Glasgow Central - Edinburgh Waverley via Shotts line, the single diagram that has been converted to 385 operation so far has seen a different 385 on it each day on it's first week in service.

The following 385's have been used:

Interestingly, the 385 on the Shotts line has also went on to do some evening services on the Cathcart Circle starting with the 19.45 service to Newton.